Home French Cinema Now! Two to see -- and one to avoid 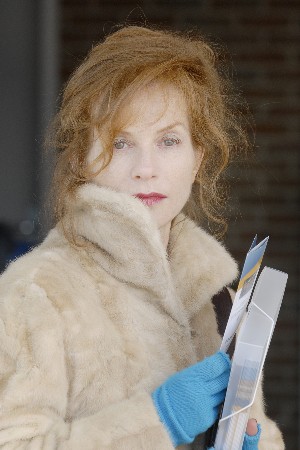 The San Francisco Film Society’s “French Cinema Now” kicks off Thurs/28 with a week of spankin’ new Gallic films. Not sure which flick to choose, budding Cahiers du Cinéma contributor? Read on for a batch of brief reviews.

Copacabana (dir. Marc Fitoussi) It feels strange to call Copacabana subtle, especially when the film’s main character Babou (Isabelle Huppert) is consistently over-the-top. But this is a slight comedy, a character study to showcase Huppert’s considerable talent. Not that there’s anything wrong with that. Copacabana depends on its strong lead, and there are few stronger than Huppert, one of the most dynamic and adaptive French actors working today. Babou is aloof and frustrating but also warm and well-intentioned. The film follows her struggle to start a new career and prove herself to her daughter Esmeralda, played by Huppert’s real-life offspring Lolita Chammah. The plot is a bit unfocused, as Babou ventures off to Belgium to sell timeshares for a suspect company. But Huppert keeps Copacabana grounded, creating an experience that’s richly rewarding albeit unconventional. While the film doesn’t delve deeply into her fraught relationship with Esmeralda, we know enough to care. Babou may be one of Huppert’s lighter characters, but that doesn’t make her any less captivating. Thurs/28, 6:45 p.m.; Fri/29, 9:30 p.m.

Rapt (dir. Lucas Belvaux) At first glance, Rapt is your traditional kidnapping drama, with wealthy industrialist Stanislas Graff (Yvan Attal) held captive for a hefty ransom — 50 million euro, to be precise. The relationship between Stan and his brutal kidnappers is interesting, but Rapt’s most engaging scenes focus on the way Stan’s family and business partners respond to his plight. This isn’t the average high-stakes crime thriller, in which the loyal wife will go to any means necessary to get her husband back. Instead, the family argues over how much to pay — they haggle for Stan’s life. And in his absence, he’s revealed to be a philanderer, a gambler, and kind of a jerk. Attal is well cast as Stan — at times, he is both sympathetic and reprehensible. But those left behind command more attention: his all-too-understanding wife Francoise (Anne Consigny) and his ambitious assistant Andre (Andre Marcon). Rapt is an impressive addition to the genre, using kidnapping to tell a story more original than what one might expect. Thurs/28, 9:30 p.m.; Mon/1, 9:15 p.m.

Irene (dir. Alain Cavalier) Irene is the definition of passion project, an incredibly personal film about director Alain Cavalier’s deceased wife. It’s a tough movie to criticize, in that Cavalier clearly poured his heart and soul into it. But Irene is, frankly, a self-indulgent mess, the kind of movie no filmmaker should be allowed to make. Cavalier talks incessantly, adopting a throaty whisper that might be intended to give him gravitas but mostly ends up grating. His love for his subject is apparent throughout, but the navel-gazing is completely unbearable. For over 80 minutes, Cavalier reads through excerpts from his diary, relives the day his wife died (nearly 40 years in the past), and obsesses over peculiar minutiae. In one of Irene’s strangest scenes, Cavalier reenacts his birth using an egg and a watermelon. The whole enterprise plays out like a French art film cliché. It’s masturbatory, yes, but far worse than that — it’s boring. Fri/29, 5 p.m.; Sat/30, 1:45 p.m.