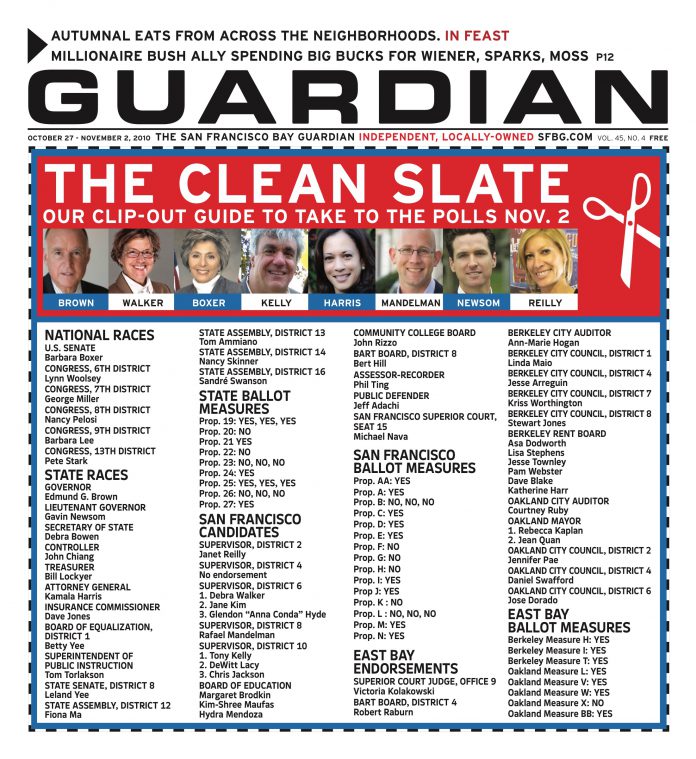 As continued reports of unprecedented, record-breaking amounts of cash from corporate real estate developers and big landlords flood the Board of Supervisor races, the damaging impact of the Supreme Court’s Citizens United decision is becoming more and more clear. But even worse, Thomas J. Coates, a far-right extremist Republican real estate developer and landlord, is trying to buy the Board of Supervisors so that he can end rent control. Last week, Coates made the largest donation to supervisors races in the 150-year history of San Francisco.

Who is Coates? He spent more than $1 million on Proposition 98 in 2008 trying to repeal rent control statewide. He was the largest single contributor to that campaign, which was so extreme that even Gov. Schwarzenegger and former Republican Gov. Pete Wilson opposed it. Coates gave the maximum contribution allowed by law to George Bush and Dick Cheney’s campaign and funded GOP candidates across the country. Now he’s spending more than $200,000 to elect anti rent control San Francisco supervisors: Mark Ferrell in District 2, Theresa Sparks in District 6, Scott Wiener in District 8, and Steve Moss in District 10.

With this one donation, the stakes in this election for every San Franciscan — especially renters and progressives — became even higher. By spending his fortune here, Thomas Coates hopes to erode San Francisco’s strong rent control laws by electing supervisors who are less sympathetic to renters. Through influencing the election of the supervisors, he also influences the selection of the interim mayor (since the supervisors will choose the next mayor by a majority vote if Gavin Newsom is elected lieutenant governor), which would result in an anti rent control mayor.

To make matters worse, workers and their families are already on the defense fighting Jeff Adachi’s anti-labor ballot initiative proposal (Proposition B), which would make city workers pay huge increases in their health care coverage. Adachi is mischaracterizing his initiative as pension reform even though the bulk of the cuts will come from forcing low-wage workers to pay for their children’s health care.

Renters and city workers aren’t the only ones under attack. Newsom’s cynical sit/lie initiative (Proposition L) demonizes young homeless kids. Many of these youth are queers who ran away to San Francisco because it is a queer haven, and others are abused kids who left home because it wasn’t safe. If Prop. L passes, for 12 hours a day these kids will be criminalized if they sit or lie on the sidewalk.

All this in one of the most progressive cities in America? If we are under attack from conservatives in San Francisco on some of the most fundamental issues of our city, it’s no wonder the Tea Party is raging in the rest of the country.

Now more than ever we need labor, progressives, and renters to come together to fight back by voting Tuesday, Nov. 2. Harvey Milk once said, “Give ’em hope.” Show us that hope on Election Day by voting for progressive supervisors, rejecting Adachi’s so-called pension reform, and opposing the so-called sit/lie ordinance. Remember to vote and vote for Debra Walker in District 6, Rafael Mandelman in District 8, No on B, No on K, No on L, and Yes on J and N.