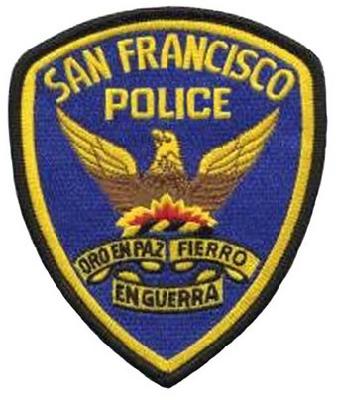 If you want a case study that illustrates why San Francisco needs Proposition M, taken a look at Bernal Heights.

In 2008, two people were killed at the Alemany public housing project, topping off a disturbing increase in street crime. Neighborhood activists responded by working successfully with the captain of the Ingleside Station to a beat cop on Cortland Ave. Crime dropped.

We couldn’t reach Cassanego, but at an Oct. 6th Police Commission meeting, Chief George Gascon said the beat patrol fell victim to budget problems. He explained that a beat cop on Cortland wasn’t needed anymore because the policy “was set there at a time when there was an increase in robberies… in this community that is no longer there today.”

But comminity activists say that’s precisely the point: “When we got the beat cops, crime went down,” Joseph Smooke, executive director of the Bernal Heights Neighborhood Center, told us. In fact, Smooke said, the foot patrol reduced overall crime in the surrounding neighborhoods as well.

And now, with the foot patrols gone, residents fear that crime will rise again.

Supervisor David Campos, a coauthor of Prop M, told us: “It doesn’t make sense: the community wants more policing, not less. They rightly feel that we’re moving backwards, that something they worked very hard for is being taken away.”

Prop M would hamper future foot patrol cuts by requiring the Chief of Police to prescribe a comprehensive “Foot Beat Patrol Program” for all SFPD stations.

Prop M could also address what Bagot and Smooke agree is the larger problem: community-police synergy. Besides mandating foot patrols, Prop M would require the Police Commission to “adopt a comprehensive written policy on community policing,” including “a plan for… open communication… among [SFPD] personnel and community members,” with a focus on “neighborhood-specific policing priorities and strategies.”

In recent years Bernal Heights community groups have fallen somewhat out of step with local police. Communication with Ingleside Station has at times been strained. The station’s former captain, David Lazar, started a program in August of 2009 that alloowed merchants and residents to call cell phones that beat cops carried on duty. Cassanego ended that program, too.

Cassanego cut the Cortland Ave beat, he compensated by extending two bike patrol beats into that area. Though Bagot is skeptical that this will be effective, losing personal access to the police irks him most. “At least if we could talk with [the cops], we could work with them…. But if they’re not going to patrol there anymore, and we can’t call them on the cell phones, then we’re kind of floating free.”