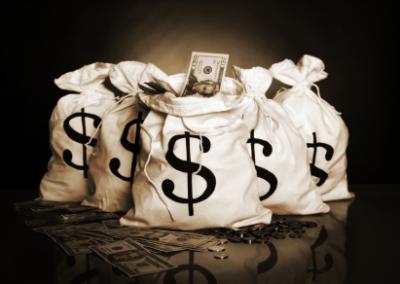 With only three weeks until the election, downtown interests are massively outspending progressive groups.(Conservative estimates suggest a 5:1 ratio, based on an analysis of campaign finance disclosures at the Ethics Commission.) And these downtown interests have plenty in reserve, as cash is funneled into a bunch of improbably-named political action committees that hope to influence the outcome of district elections and local measures on the fall ballot.

The Alliance for Jobs and Sustainable Growth, which is backed by the Chamber of Commerce, the SF Police Officers Association, and United Health Care Workers, recently got an infusion of cash from the conservative-minded Building Owners and Managers Association and Golden Gate Restaurant Association. And the alliance is already spending gobs of money in support of Theresa Sparks in D6, Scott Wiener in D8 and Steve Moss in D10.

The Coalition for Sensible Government, which recently received a $100,000 injection of cash from the SF Association of Realtors, is spending in support of Sparks in D6, Wiener and Rebecca Prozan in D8, and Lynette Sweet and Moss in D10. The coalition is also spending in support of Proposition G (transit operator wages) and Prop. L (Newsom’s sit-lie legislation)  and in opposition to Prop. M (community policing/ foot patrols) and Prop N (property transfer tax).

And a PAC consisting of the Coalition for Responsible Growth, Plan C, San Franciscans for a Better Muni, SF Forward (sponsored by the SF Chamber of Commerce and SPUR) received $85,000 from the Committee on Jobs, $60,000 from the SF Association of Realtors, and $35,000 from SF Forward.

This PAC, which has already spent $466,000 this year, recently plunked down $1,000 to produce a voter guide for Plan C–a group that focuses on condo conversions and is endorsing Sparks in D6, Wiener in D8, and Sweet (as its first ranked choice) and Moss (as its second ranked choice) in D10.

It isn’t surprising that downtown PACs have deep pockets and almost identical slates. But it is a bit of a shocker that their slates are apparently almost identical to the Small Business Advocates, a group that has somewhat differing values and only a couple hundred members.

Hauge acknowledged that these positions are identical to those of downtown interests.
“We have been working with large companies,” Hauge said, claiming that small and big business’ interests are “the same” in this particular election cycle.

To date, neither the Chamber’s Steve Falk nor UHW’s Leon Chow have replied to the Guardian’s calls about the genesis of their so-called Alliance for Jobs and Sustainable Growth (Chow posted a comment on our politics blog and that is really not the same as a live conversation.)

But Tim Paulson, executive director of the San Francisco Labor Council wasn’t afraid to go on record in opposition to the Alliance and its 2010 slate.

“We’re really disappointed that there are labor organizations that feel they have to team up with Golden Gate Restaurant Association, which is against healthcare, and with CPMC [California Pacific Medical Center], which is working to keep nurses from joining a union,” Paulson said. “This alliance does not reflect what the San Francisco labor movement is about.”

A door hanger that the Labor Council distributed in conjunction with the SF Democratic Party confirms that both organizations support Debra Walker in D6 and Rafael Mandelman in D8. But while the Dem Party supports DeWitt Lacy, Malia Cohen and Eric Smith (in that order) in D10, the Labor Council only supports Cohen and Chris Jackson (in that order) in D10.

But despite their differing D10 candidate slate, both these progressive groups support Measures J, M and N, and oppose Measures B, K and L.

“When we see the Hotel Council stoop to attack Mike Casey, one of the greatest labor leaders in SF history, for fighting hotels who want to take away healthcare and diminish the retirement benefits for workers who make $25K to $30K a year, that’s really disturbing,” Paulson said, referring to a recent op-ed in the SF Examiner that was written by Patricia Breslin, executive director of the Hotel Council.

“And any union that makes an alignment with groups that don’t share the values of the San Francisco Labor Council, that’s really disturbing to me and the Labor Council,” Paulson said.

Noting that downtown is spending buckets of money on the election, Paulson observed that the Labor Council’s values are about “sharing the wealth.”

“So we don’t want Measure B [Jeff Adachi’s pension reform] or K (Newsom’s hotel tax) or L (Newsom’s sit-lie legislation),” Paulson concluded. “And we have three solid weeks to do this.”