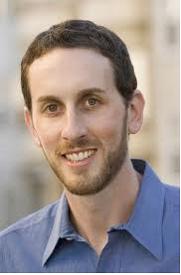 EDITORS NOTE: Includes corrections, noted at the bottom of the post.

Scott Wiener, candidate for district 8 supervisor, is sending out a letter to people who own tenancy-in-common buildings, telling them he supports the rights of TIC owners to convert their properties to condos and seeking their support.

And he’s very nervous about discussing it.

Wiener’s support for TICs — which amount to a backdoor way to avoid the conversion lottery — is no secret. But raising money by promising to encourage condo conversions defines him pretty clearly as a candidate of the landlords and property owners and against tenant rights.

A bit of background: TICs are a way for several people to buy a multi-unit building, share ownership and each occupy one of the apartments. The strategy allows people who can’t afford single-family houses to become homeowners — and in theory, isn’t all bad (except that every TIC removes a rental housing unit from the city and indirectly drives up rents).

That because landlords have found that they can make a fortune by evicting all of their tenants under the state Ellis Act and then selling the place as TICs. And if the TIC owners can convert to condos, they can make money, too.

The big losers — and there are thousands of them — are tenants who can’t afford to buy a TIC, so wind up losing their homes to someone a little better off.

But again: It’s no secret where Wiener stands on the issue. What’s odd is that when I first called him about the letter, which I heard rumors about last week, he told me flat out that there was no such thing. “I hear there’s some i.e. [independent expenditure group] doing something like that, but it’s not us,” Wiener said.

A few days later, I got a (low-quality) copy of the letter, which is on Scott Wiener for Supervisor letterhead and signed by Wiener. So I called him again, and asked about it, and he again said his campaign had mailed no such letter. When I pressed, and said I had what looked like a letter from him that started of “Dear TIC owner,” he said that there might be something coming in the future, but he couldn’t talk about it.

Then he called me back half an hour later to tell me that yes, his campaign was indeed sending a letter to TIC owners seeking support.

Wiener’s always been straightforward with me; we don’t always agree on issues, but he always tells me where he is. So this one’s a little baffling — unless, of course, Wiener is hoping that the tenants who live in D8, and there are a lot of them, don’t know what Scott Wiener is saying to landlords and speculators. Maybe he doesn’t want them to think he’s being funded by TIC money.

But in the end, these things always come out anyway.

UPDATE: My original report called this a fundraising letter. But I admit my copy was hard to read, and Wiener just called me to say that the letter isn’t a fundraising letter, it’s only a letter seeking votes, and went out only to D8. He told me the reason he said he had no such letter when I first called is that it wasn’t finalized and hadn’t been sent out (although there was apparently an i.e. letter to TIC owners, which neither of us has seen). He told me he couldn’t discuss the letter until after it was sent out because “no candidate should discuss his future mail strategy with the press.” Fair enough.

Still: I’ve spoken to Wiener many times, and he’s never been this nervous about talking about what he or his campaign is doing. I think the TIC stuff is sensitive in D8.