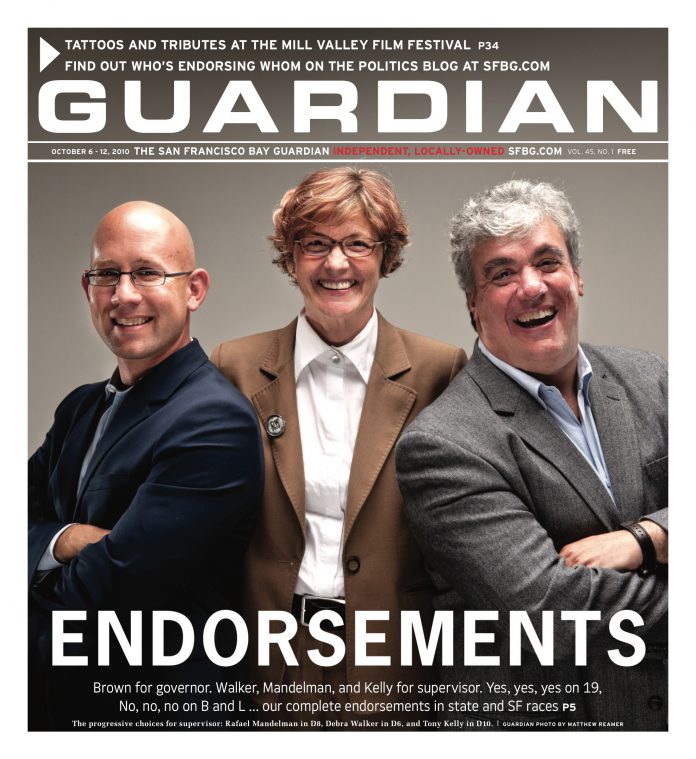 ODC Founder and Artistic Director Brenda Way put it best when, toasting the crowd at the end of the premiere of her Architecture of Light, she said: “If you don’t leave a footprint, you will be forgotten. If you tread lightly, you’ll fly away. So here’s to you who hit the ground running.”

It was indeed a gala — festive, fancy, and fun — as ODC opened its new 36,000-square-foot facility. Elaine Buckholtz’s masterful lighting transformed the exterior into a glistening jewel without obliterating the solidity of architect Mark Cavagnero’s X-beam trusses that so solidly anchor the building on the ground.

But the real action happened inside, as small groups of audience members — high heels clacking — traipsed through the three-story structure for a series of installation performances. From my group’s perspective, Architecture built a beautifully logical trajectory. Others might have experienced the sequences differently. It started with Corey Brady’s index finger gently tracing on a studio floor and ended with him at the center of a huge gathering of professional and audience member dancers in which he partnered the mother of Bay Area dance, Anna Halprin.

In his intimate solo, the bare-chested Brady, an impressively nuanced and athletically nimble dancer, explored his sense of self as he became familiar with the terrain around him. Tracing geometric patterns or slithering through them, he happened upon unexpected frozen moments of frozen balance. Several times Brady appeared to sniff the air around him. At the next location, Vanessa Thiessen — strong, fast, and assertive — put a tie on Brady. A gift? A challenge? Initially the two engaged each other in what looked like a private sign language, then they began to connect more directly. At times they circled and engaged like boxers, though without the violence, finishing with only their fingertips gently touching.

In an adjacent area that could only partially be seen, a quintet — three dancers and two others who reshaped the space around them by means of white strings — looked at perspective, both the one in front of us and in a “parallel universe.” I am not sure that this concept worked. Architecture also somewhat clumsily tried to include “ordinary folks” by having some streak through at the end of episodes. The effect was akin to a joke that missed its punch line.

A ground floor episode made good use of the area’s physical space. Dancers poured in from the street, alternately melting into what probably is a closet or slinking out of sight down a hallway. The dancing had an ambling, relaxed quality about it, with the performers responding to the music’s tick-tock beat with shakes of heads, hands, and shoulders. At one point they even engaged in a stick-out-your-tongue competition.

An audience-involvement section divided dancers and visitors into two groups. Led by the dancers, we learned simple five phrase patterns that then were juxtaposed with each other. Often these exercises can look forced and awkward. This one worked because the moves were simple, the “teachers” good humored, and the audience willing to participate.

The grand finale in the theater proper — a space with the same footprint but twice the height — brought everyone together. Twenty-five dancers each partnered a lay performer while the rest of us watched. Either these unison duets had been rehearsed ahead of time or this city abounds in some very good recreational dancers. At the end of the smartly-timed, one-hour gala, there were chocolates, toasts, and champagne. The festivities continue this month with “JumpstART” on Oct. 16, a free, daylong celebration of dance, theater, and music curated by local artists including Joe Goode and Mark Jackson.