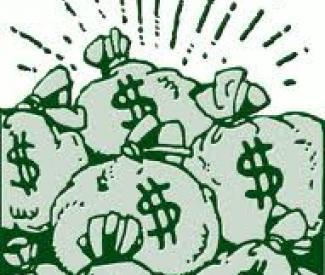 Downtown cash is pouring into the district supervisorial races.

Ethics Department filings show that an alliance backed by the Chamber of Commerce, the SF Police Officers Association and United Health Care Workers West is dropping major money on Steve Moss in D10, Scott Wiener in D8 and Theresa Sparks in D6.

Called the “Alliance for Jobs and Sustainable Growth,” the coalition supports the building of a mega-hospital on Cathedral Hill.

These same interests also spent $20,000 on robo-calls for Moss, with a heavy focus on Visitacion Valley in an effort to secure the Asian vote in the crowded D10, where there is a strong likelihood that the race will be decided by second and third place votes

Word on the street in the Bayview is that former Mayor Willie Brown is pissed off that the Chamber is backing Moss, instead of African American candidate Lynette Sweet, and that termed out D10 Sup. Sophie Maxwell is angry that big corporations are trying to buy an election in the poorest and most ethnically diverse district in town.

But unlike the rumor mill, the money trail doesn’t lie. And from that perspective this is looking like a replay of the June 2008 election, when big businesses bought support for Lennar’s Candlestick Point/shipyard development by claiming it would create thousands of jobs building condos that most workers can’t afford—jobs that have yet to materialize.

This time the battle cry is for jobs building a massive hospital, even though few workers will likely get service from this hospital, which is designed to serve as a regional center for high-end health care.

And so far, Scott Wiener has gotten the relatively short end of the corporate money stick: the Alliance has only spent $15,000 on a door hanger in support of Wiener.

This means that the alliance spent $90,000 in a two-week period in September. The numbers lend credence to DCCC Chair Aaron Peskin’s belief that the alliance has a war chest of $800,000, which it intends to use to put pro-downtown candidates into power.

Asked about the support of this alliance, Sparks, Wiener and Moss gave markedly different replies that reveal as much about each candidate as the money behind them.

D6 candidate Theresa Sparks suggested that the Alliance was spending more on her and Moss’ D10 campaign, because it felt Wiener was further ahead in the D8 race than she is in D6 or Moss is in D10.

Sparks also observed that it was logical that the Chamber would support her.

“D6 has one of the largest numbers of small businesses and one of my biggest platforms has been economic growth, and I think the Chamber has been very supportive of job creation,” Sparks said.

By comparison, Scott Wiener told the Guardian that he has not taken a position on CPMC’s proposed mega hospital on Cathedral Hill.

“Those kind of issues could come before the Board, in terms of CEQA issues, and so I could be conflicted out,” Wiener said.

When the Guardian noted that the Alliance has so far not spent any money on phone banking for Wiener in D8, Wiener said, “I have volunteers doing phone banking.”

As for Moss, he told the Guardian that said he doesn’t have a position on the mega-hospital.

“I haven’t seen the plan,” Moss said. “But I understand that there seems to be an agreement that would maintain St. Luke’s with about 300 beds, but that there is a deep suspicion among the nurses that it’s not economically viable. And there seems to be a much greater need for a hospital in the southeast.”

Moss, however, is with downtown on other key issues: He supports the sit-lie legislation on the November ballot. He also reiterated that he likes the rabidly anti-tenant Small Property Owners Association, whose endorsement he called a “mistake” during a previous interview with the Guardian.

“Landlords feel that they are responsible for maintaining costly older buildings and that they are not provided with ways to upgrade their units in ways that share costs with tenants,” Moss, who sold a condo on Potrero Hill in 2007 for the same price that he paid for the entire building in 2001, and owns a 4-floor rent-controlled apartment building in D8, near Dolores Park, that he bought for $1.6 million in 2007, and where he lived from December 2007 to February 2010.

Moss refused to provide a copy of the lease on his current rental at Vermont and 18th St—something that the Guardian requested in light of an email from his wife that indicated that the family intended to move back to Dolores Park of Moss loses the race.
‘That’s private information,” Moss said, claiming that he does not plan to move back into his apartment building in D8, if he loses in November.

Moss claimed that UHW endorsed him because his position on politicians and unions.
“I agreed that politicians should get not involved in union politics,” Moss said. “The United Healthcare Workers seem to be a worthy group,” he added. “All they said was that they wanted to make sure that they had access.”

All this campaign money drama is playing out against the backdrop of a punishing battle between United Healthcare Workers West and the rest of SEIU. And as these recent filings show, UHW is spending a huge amount of its membership dues to undermine the city’s progressive infrastructure by trying to elect candidates who are not progressive, even though its progressive sister union has endorsed Rafael Mandelman in D8.

SEIU 1021 member Ed Kinchley, who works in the Emergency Room at SF General Hospital, is furious that UHW is pouring all its money into downtown candidates like Moss, Sparks and Wiener and trying to undermine everything that its progressive sister union is trying to do.

Kinchley noted that UHW is currently in trusteeship, and is being controlled by its International, and not its local membership, thus explaining why it’s doing this dance with forces like the Chamber and the Building Owners and Managers Association, which have long been the enemy of labor.

“Sutter wants a monopoly on private healthcare, and people like Rafael Mandelman in and Debra Walker have been strong supporters of public healthcare,” Kinchley said, Kinchley also noted that he wants supervisors who are willing to state their support for public health care, rather than dodging the issue and hedging their bets, right now.

“I want someone who can straight-up say, here’s what’s important for families in San Francisco, especially something as important as healthcare,” Kinchley said. “but it sounds like UHW is teaming up with the Chamber and supporting people who are not progressive.”

“And it’s not OK for somebody in D10 to say they haven’t seen CPMC’s plans, when people from D10 use St. Luke’s all the time for healthcare, because it sounds like Sutter wants to change St. Luke’s into an out-patient clinic for paying customers,” he continued.

SEIU 1021 activist Gabriel Haaland accused the Chamber, the Building Owners and Managers Association, UHW and the Police Officers Association of putting together a massive political action committee, “to try and steal the election through corporate spending.”

All this leaves the Guardian wondering how Leon Chow, the political director of UHW, who has done good work in the past on health care issues, is feeling about seeing his photograph spreads all over town alongside that of Chamber of Commerce President Steve Falk on door hangers in support of Sparks, Wiener and Moss.

As of press time, Chow had not returned our calls, but if he does, we’ll update this post.