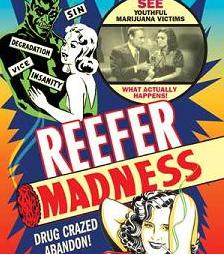 Once again proving itself to be an corporate-run embarrassment to a city that has been at the forefront of progressive reform – including the movement to legalize medical marijuana – the San Francisco Chronicle this morning recommended that voters reject Prop. 19, which would allow cities and counties to legalize marijuana use by adults. And it did so with tortured logic and a cowardly, disingenuous claim to support legalizing marijuana.

As a journalist who has covered the medical marijuana industry in the Bay Area, I didn’t recognize the chaos that Chron editorial writers say resulted from the landmark 1996 measure Prop. 215, the medical marijuana measure written right here in San Francisco, home to a well-regulated, professional network of cannabis dispensaries, thanks to the city proactively setting guidelines. The cities cited in the Chron all did nothing to set standards for medical marijuana dispensaries, whereas in cities like San Francisco that did, an increasingly important sector of the local economy flourished with few problems.

Prop. 19 would similarly allow cities and counties to create systems for regulating marijuana for recreational use – or to not allow it if they so chooses. Yet the Chron takes issue with this localized approach, writing, “The measure establishes no state controls over distribution and product standards; it does nothing to help cure the state’s budget deficit.”

Both statements simply aren’t true. The measure explicitly gives the state authority to tax and regulate marijuana, Assembly member Tom Ammiano already has proposed legislation to do so if the Prop. 19 passes, and the California Legislative Analyst’s Office has estimated it could bring in more than $1.5 billion annually into state coffers.

Although the Chron claims “that the ‘war on drugs’ – especially as it applies to marijuana – has been an abject failure,” it bemoans a provision in the measure that prevent employers from firing employees simply for having marijuana in their systems, as it would be if someone smoked a joint three weeks ago, despite having no impact on job performance. “Pre-employment testing would be banned,” the Chron writes, as if that were a bad thing. The editorial also complains that people would be allowed to grow small plots of marijuana in their backyards. Again, and the problem with that is what exactly?

Bottom line: Chron editorial writers fall into the same old tired reefer madness stereotypes that have driven the drug war’s “abject failure,” but they just aren’t honest enough to admit the contradiction with their stated claim that “if this were simple a referendum on the status quo, and the ability of a 21-or-older Californian to possess an ounce or less for personal use, it might be an easy ‘yes’ vote.”

Because the reality is that’s what this measure does, simply lift the prohibition on pot, while also including language supporting local control and basic civil rights. There are some valid arguments against Prop. 19 – such as it lets jurisdictions tax or regulate pot too much – but those honest disagreements weren’t raised by the newspaper.

Instead, the paper made it sound like measure would fill the roads with stoned drivers and every neighborhood with the stench of marijuana, which is laughably alarmist. San Francisco’s experience with medical marijuana should serve as an indicator. This city has been the most accepting and legitimizing of marijuana for decades. It’s part of our culture. But drug surveys from our school district and others show that the rate of marijuana use among young people here is lower than the state average, and we have been at the forefront of world-renowned technological innovation and academic research, so clearly the normalization of marijuana hasn’t corrupted our youth or turned us all into menacing zombies.

The Chronicle’s presentation of the issue, and its recommendation on this measure, are anachronistic throwbacks to another era and should be tossed into the dustbin of history where they belong.