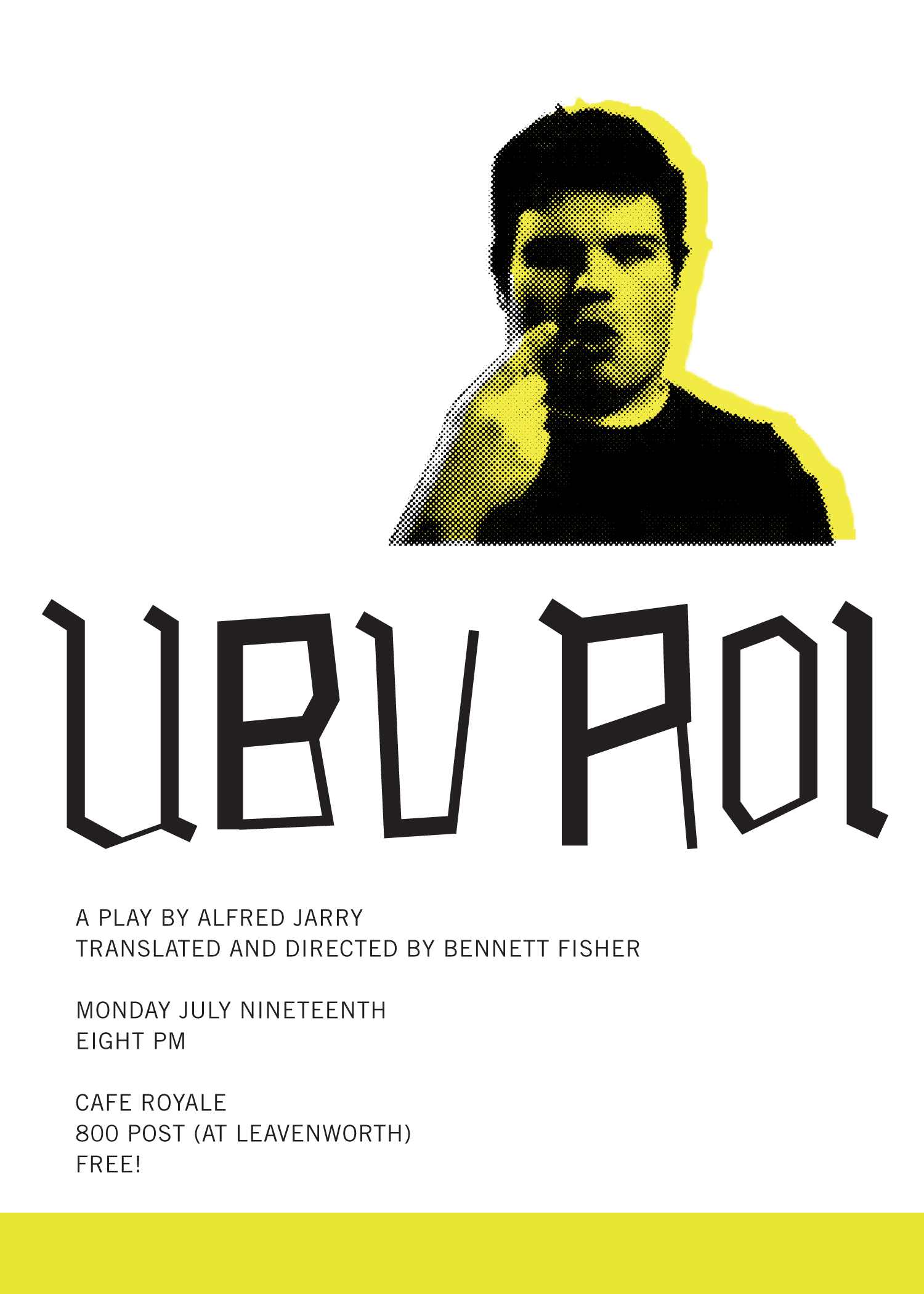 SF Theater Pub’s one-night-only presentation of Alfred Jarry’s bawdy classic Ubu Roi this past Monday felt like nothing so much as a group of dedicated friends putting on a show because they thought it just might turn out awesome. The staged reading took place at SF lounge Café Royale, a pleasant venue with couches and balcony seats as well as standing room that rendered the production all the more intimate.

The play is a deliberately sick-and-twisted piss-take on Macbeth, eviscerated of all its pathos and stuffed full of crap, and the Theater Pub performers, as well as director Bennett Fisher’s new translation, seemed entirely tuned in to its irreverence. Greedy, grubby protagonist Pere Ubu was played with alternating witlessness and pomposity by Sam Leichter, but the most successful comic performer on display was Catherine Lardas, who delivered a positively Oliver Hardy-esque Mere Ubu. The herald Pile (Warden Lawlor) stood above the other actors on the balcony, reciting increasingly complicated titles for Pere Ubu as he continued to murder and annex the positions of several other noblemen.

Music and sound effects from DJ Wait What were evocative of old radio plays, and the minimal use of props such as a giant plastic sword generated a few laughs. The show certainly felt like a one-off event, with all the actors reading their lines from music stands, but this only added to the sense of comeraderie and fun.

Besides the fact that SF Theater Pub’s events are free (a donation at the door will get you a raffle ticket!), their most attractive feature is their apparent modernist sensibility when selecting plays. They’ve already put on Václav Havel’s Audience and an assortment of Greek tragedies. They’re following up Ubu with a collection of short local plays under the heading “The Pint Sized Plays.” Their blog then announces a series of Beckett shorts for September, though on Monday night they claimed September would hold some Oscar Wilde performances.

Most fascinatingly to this reporter, they’ll be celebrating Halloween with a series of radio play-style adaptations of H.P. Lovecraft stories. There’s nothing I love more than hearing people say “eldritch” and “gibbous” out loud, so those should be jolly good fun. This diverse roster of plays, as well as a genuine sense of joy, means SF Theater Pub are ones to watch in the coming months. Especially since watching them is totally free!