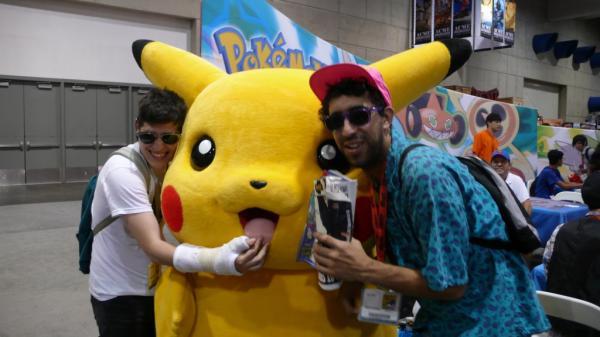 With King of the Beach, Nathan Williams, Billy Hayes, and Stephen Pope have finally stopped adding “v”s to their name. After Wavves (2008) and Wavvves (2009) of unpolished lo-fi, these San Diego-based upstarts have elevated to a dreamier, more whimsical sound (re: “When Will You Come”). Yet Wavves also hearkens back to Blink-182, Sum 41, and the bygone days of summer in the ’90s. The new album’s delightful pastiche is thanks, in part, to Dennis Herring, who’s produced the likes of Counting Crows, Elvis Costello, Modest Mouse, and the Hives. Goodbye dissonant noise; hello pop punk!
Williams has been Pitchforked to on- or maybe even above-the-radar status, and the media frenzy brought to cold, hard light his alleged substance abuse issues. Druggy themes are present within the music (or at least the song titles), especially “Post Acid,” whose nasally croon and carbonated licks quite literally scream DeLonge, Hoppus, and Barker. “Green Eyes” displays a similar harum-scarum musical attitude, where Williams doesn’t care how derivative he sounds. The freewheeling “Convertible Balloon,” with its effervescent chorus and prickly percussive textures that just stick to you – as any fizzy-lifting-thing does – is pure PG-rated fun.

A reference to a Nintendo game in “Linus Spacehead” makes the heart grow even fonder for the ’90s. There’s an esoteric boyishness at large that makes King of the Beach, strangely, more precious than the band’s previous releases. The tinges of melancholy and nostalgia in a song like “Mickey Mouse,” along with some chilling vocal reverbs, reflect a band that’s still young, still having fun, and yet starting to grow up. Even if at the end of the beach, Wavves crash on an overproduced note (“Baby Say Goodbye”), Williams is among the least pretentious of a current breed of rockers who can be found on the corner of Indie and Internet.