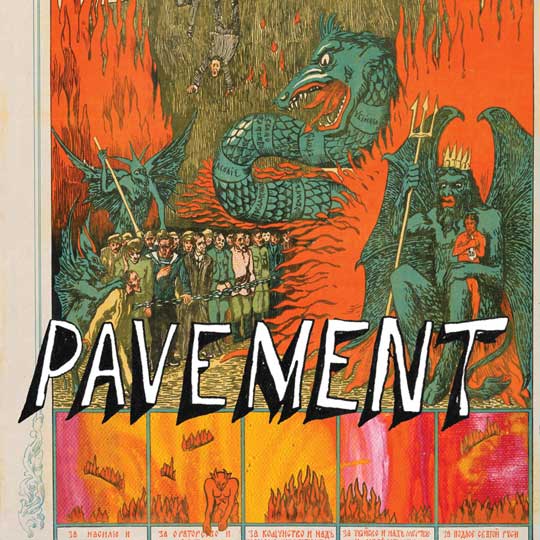 “I’ve always seen Berkeley as an extension of Stockton”, quipped Pavement‘s Stephen Malkmus, his limp, grey-brown hair dyed a shimmering red by the Greek’s stage lights, and his guitar clutched high and tight to his chest like a mandolin.

The crowd laughed indulgently at this stroke of wit, but there was no mistaking its growing restlessness, because the ratio of talk to rock had become increasingly lopsided. This was probably the biggest surprise of the night — the Pavement front man is one hell of a chatterbox. His stage patter is a lot like his songs: wry, nonchalant, and frequently bizarre. Over the course of the Friday, June 25 show, he held forth on Stockton, Cal football, and the history of the Greek Theatre. He also poked dry fun at his bandmates, who for their part gave as good as they got.

Quality banter is always welcome from a band leader, so it was good to see that Malkmus could play the sardonic frontman with as much ease and dexterity as he demonstrated on the Fenders that passed through his hands over the course of the evening. This was still, though, a rock show, meaning that Pavement’s sole function at the Greek was as a mechanism for the delivery of rock. All the wit in the world couldn’t have saved them if they had failed in that charge.

Thankfully, there was no such problem on Friday night. When Malkmus cracked wise, it was entertaining. When he actually shut up and played, it was glorious. Pavement’s set list was a satisfying mixture of deep cuts and tried-and-true crowd pleasers, full of improvisational riffage, experimental phrasing, and charmingly sloppy false starts. At one point, Malkmus balanced a guitar on his open palm for an impressive ten seconds, while shaggy-haired drummer Gary Young shambled dazedly across the stage like a bear just emerging from hibernation.

Just as impressive as the set lists’ content was its arrangement — in a particularly smart move, the band preempted requests by opening with the addictively melodic fan favorite “Cut Your Hair” while the irony-drenched mope-anthem “Here” made for a tonally perfect coda to the evening’s revels. Throughout the night, aging hipsters pogoed alongside their college-aged counterparts, the scent of cannabis perfumed the air, and everyone left the Greek ready to once again swear fealty to Pavement, the returned crown princes of indie rock.