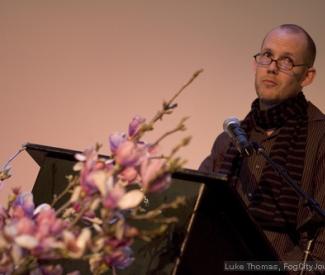 A day before Oliver Luby’s last day at the Ethics Commission, his union has called for a hearing into why his boss removed a special condition from the job that allowed him to be bumped and whether it was retaliation for Luby’s history of blowing the whistle on problems within the troubled agency.

“Special conditions are rare, specific to the position not the incumbent, and are put into place to promote the policy goal that specialists who are qualified serve in positions that require specific talents,” Gabrial Haaland of SEIU Local 1021 wrote to members of the Ethics Commission and Board of Supervisors. “Removing a special condition is more unusual than placing one on in the first place.  It is likely that an inexperienced Fines Officer would not be able to accurately interpret the necessary and complicated web of statute, local code, case law and FPPC opinions.”

Ethics Commission Director John St. Croix has refused to comment of the controversy, citing the confidentiality associated with personnel matters, but Haaland requested the Board of Supervisors Budget and Finance Committee hold a hearing on it as part their review of the commission’s budget. And Haaland told the Guardian that his union generally doesn’t like special conditions to be placed on positions, but he’s concerned about St. Croix’s motives in removing it: “It seems like retaliation based on his past actions.”

Meanwhile, Luby’s last day is Friday (6/11) and he will gather with friends and supporters after work at Temple on Polk Street. Luby told us he appreciates SEIU’s efforts and supports the idea of a hearing into what happened, but he said he has accepted his fate: “I’m still a goner.”