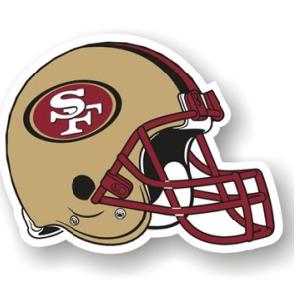 Tony Winnicker, the mayor’s press secretary, was chatting with a group of folks at the Newsom victory party on election night, and Steven T. Jones, the Guardian city editor, asked how the stadium vote was going down in Santa Clara. “Oh, it’s winning, but it’s never going to get built,” Winnicker said. “Cities building stadiums is an economic loser.”

He’s right, of course — although it’s an odd comment coming from a press staffer for a mayor who is still dead set on building a stadium for the 49ers at Candlestick Point. I agree with Randy Shaw: The loss of the 49ers would be a good thing for San Francisco — particularly if the alternative is to pour public money into another expensive boondoggle like Candlestick Park.

Here’s the thing: You can argue that urban baseball stadiums bring economic benefits to the community. You can argue that the (mostly) privately financed Giants stadium has spruced up that neighborhood, spurred the creation of new bars and restaurants, brought in new tax dollars and created jobs. (It also displaced some blue-collar jobs and some poor people, but that’s a different argument.)

In fact, with limited parking and good transit access, the Giants ballpark encourages foot traffic, which encourages people to patronize local businesses before and after the game.

Football stadiums are traditionally very different. Football fans are tailgaters — they drive cars, bring their food and drinks to the parking lot, set up grills and picnic tables, go to the game — and then go right home. Almost nobody who attends a 49ers game at Candlestick stays around in the neighborhood afterward; the people who live nearby get virtually zero economic benefits.

Even as part of a shiny new development package, that won’t change much. The plans for a 49ers stadium in the new redevelopment area include a new roadway and bridge to make it easier to drive in and out, and a parking garage with room for tailgating; the fan base is largely from the Peninsula anyway. And in nearly every city that’s put up public money for a football stadium, the taxpayers have gotten screwed.

I love football, I love the 49ers, but I never go to the games, anyway — way too expensive. The TV feed from Santa Clara will be just fine.