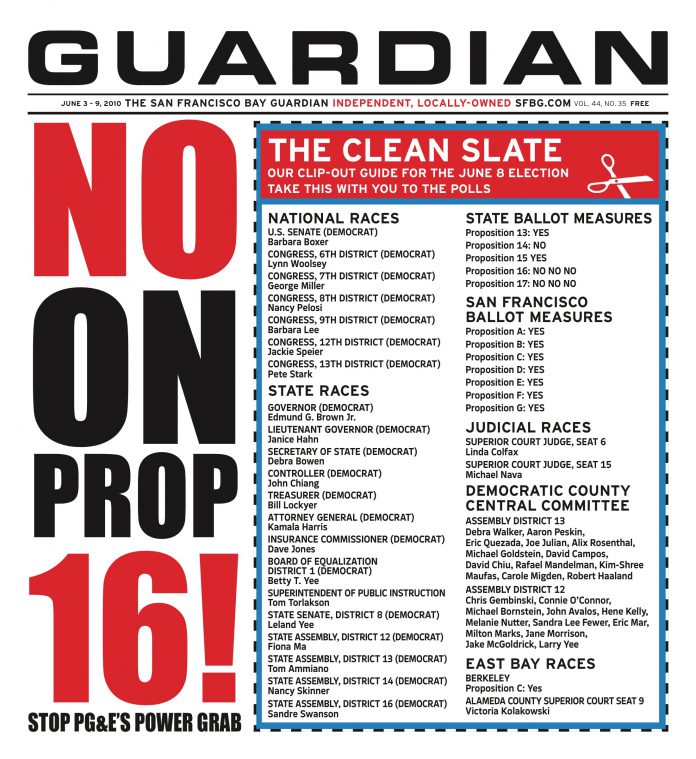 Perhaps you’ve noticed a fresh mountain of fava beans arising along Octavia Boulevard as you travel toward Market Street, in the spot where a freeway used to touch down. Don Wiepert certainly has. He’s a senior citizen who lives across the street from the rows of green sprouts, and even helped to raise the crop in his own living room.

Wiepert is one of 1,500 neighborhood volunteers who have taken part in the birth of Hayes Valley Farm, an exciting experiment in participatory urban agriculture. Started in January by three young permaculture activists, the project has converted into farmland a city block whose previous harvests were auto exhaust from the freeway on-ramp, and most recently, crime and vagrancy.

Farm organizer Jay Rosenberg explains the process as we tour the fields he helped to envision. Back in 1964, neighborhood activists from Hayes Valley Neighborhood Association and other groups organized to stop the progress of the Central Freeway that would connect Highway 101 to the Golden Gate Bridge. The show of community force was impressive, but it stranded the planned highway on- and off-ramps on a block of land between Octavia and Laguna streets. “They left them here standing like ruins,” Rosenberg said. “This was a 2.2-acre forgotten space.”

“It was a place for homeless living,” Wiepert said on a recent trip to the farm’s biweekly work party, while volunteers and a handful of paid staff buzzed about replanting seedlings and erecting a homemade greenhouse. “It was fenced off, ugly, inaccessible.” He looks around. Not to resort to a cliché, but there’s a discernible twinkle in his eyes as he says, “Now it’s wonderful.”

Although the block was in a desirable central location, its soil had been damaged from years of exposure to car emissions, which can leave behind lead and other heavy metals. But the team behind Hayes Valley Farm has a plan. The ivy that threatened to strangle the farm’s trees has been stripped, piled into heaps that are covered with cardboard and horse manure to begin a turbo-fertilization process that mimics what happens on forest floors. Once this new soil has been created, it is spread and implanted with fava seedlings, which were selected for their nitrogen-producing capabilities.

Rosenberg halts his tour of the process to pluck a bean plant from the ground and finger the white nitrogen nodule its roots have produced. “Look how well they’re doing,” he says over the nascent crop, proud as a papa. Once these plants are mature, half will be harvested as food, and half chopped at the root to speed the release of their nitrogen into the rest of the soil. Already young lettuces peek beneath the rows of beans, signs that the farm is ready to experiment with other foods.

San Francisco is a weather system unto itself, rendering the city’s ideal crops the subject of much conjecture. “This is a cool, Mediterranean-like, foggy desert,” Rosenberg says. “We’re doing lots of research on species that do well here, which will be knowledge the public can use.” The farm, like the Alameda County Master Gardeners (www.mastergardeners.org) who run a similar program, is serving as a test arena to see what urban gardeners can reasonably expect to thrive here.

The farm is now home to 1,500 plants, including 150 fruit trees, most sitting in pots on the old freeway on-ramp in what Rosenberg calls “the biggest patio garden in San Francisco.” So far, all the crops have gone into the bellies of the volunteers who raised them, putting in more than 4,000 person-hours during the four months the farm has been open.

But it’s not just the free groceries that keep neighbors returning to Hayes Valley Farm. In addition to the work parties, the site has been home to popular screenings of environmentally-themed films and a locus of outdoor learning. One group of students from the Crissy Field Center painted a mural for the farm that will soon occupy one wall of its planned on-site classroom. A weekly yoga class is planned, as are daily tours for farm newbies interested in learning more about the planting going on down the street.

In a time of uncertainty about what we’re supposed to eat, people are finding something to be sure about here. “I appreciate the opportunity to hang out with the younger people and their energy,” Wiepert says, moments before flinging a stick for one of the farm’s part-time dogs to chase after. “I think this place facilitates a feeling for a lot of people that they’re doing something meaningful.” *