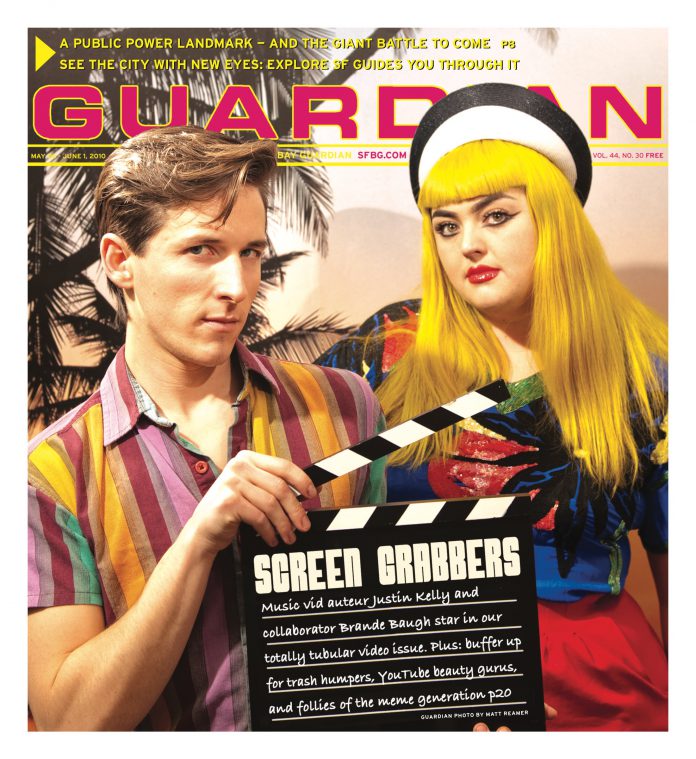 
The wholesome-looking woman in the Pacific Gas and Electric Co.-funded Yes on Proposition 16 commercial seems trustworthy. "Voters should have the final say," she intones over a background of soothing music, "because we’re paying the bills."


TV-friendly slogans aside, many have deemed PG&E’s $45 million (a new figure well over the $35 million initially committed by the company — paid for by ratepayers who had no say) Prop. 16 campaign to be a subversion of the democratic process and corporate deception at its worst. And it’s aimed in part at stopping San Francisco — one of PG&E’s most lucrative territories and the home of its central office — from implementing a modest public power program called community choice aggregation (CCA).


But San Francisco may be slipping under the deadline. With a last-minute push by Sup. Ross Mirkarimi and other public-power supporters, it appears that the city will have the legal underpinning of a CCA program in place before the June 8 election.


It’s still complicated and a bit tricky, but under questioning by Mirkarimi April 21, SF Public Utilities Commission general manager Ed Harrington said that the city is going to meet all the necessary deadlines.


Prop. 16 seeks to require a two-thirds majority vote before a local government can move forward with a municipal electricity program. Voter approval of the measure on June 8 would effectively weed out any potential competition within PG&E’s service territory, particularly given that PG&E overwhelms all campaigns with multimillion dollar propaganda blitzes.


Paul Fenn helped craft the state law that created CCA, which allows local governments to purchase power on behalf of their citizens, a vision for an alternative to PG&E that lies squarely in the crosshairs of Prop 16. "Unfortunately, it’s mostly up to Republicans in Southern California how it turns out," Fenn said, because this election will attract conservatives to the polls to decide between gubernatorial candidates in the GOP primary. "Unless people in the Bay Area become aware."

Public power advocates are fighting to stop Prop. 16 — but at the same time, in San Francisco, there’s a frantic effort to gets its own CCA in place. The city is poised to have completed a CCA contract by June 8 — election day.


Although the contract will not be finally approved by committees, the Board of Supervisors, and the mayor until after the election, City Attorney Dennis Herrera says the steps are solid enough to protect the city against the inevitable PG&E lawsuit.


The approaching election day has sent the SFPUC scrambling in a months-long race against the clock to seal the deal on CleanPower SF, the CCA program that envisions offering energy customers the choice of a climate-friendly, 51 percent renewable mix by 2019.


Had the city agency failed to strike a deal with Power Choice Inc. (PCI), the program’s service provider, before the June 8 election, years of effort to get the clean power program off the ground could have gone down the tubes. Mirkarimi, City Hall’s strongest advocate for CleanPower SF, urged the SFPUC to get into gear, nicknaming Prop. 16 "the grim reaper."
Things grew tense in April and May as contract negotiating sessions wore on without success, green-power advocates sparred publicly with the SFPUC, and the "grim reaper" approached. A breakthrough came May 21: the SFPUC announced at a meeting of the city’s Local Agency Formation Commission (LAFCo) that it had finally signed a term sheet agreement with PCI.


A contract based on the terms is expected to be prepared by early June, Harrington said, adding that it could be introduced to the Board of Supervisors on June 8. A month-long review period is expected to follow.


"Today was an announcement of a very critical milestone," Mirkarimi, who chairs LAFCo, noted after the meeting. "I’m delighted to see us turn a corner, and I think … having a term-sheet signed, having a CCA implementation plan approved by the CPUC, and having literature sent out in three different languages to 250,000 households in San Francisco is all a testament that we are, as a city, absolutely serious in implementing and delivering our clean power energy program."


He nonetheless kept cracking the whip on advancing the goals of the program during the meeting. "Any hiccup whatsoever on timelines is a dangerous hiccup," Mirkarimi said.


"We fully expect to meet all deadlines," Harrington responded.


Public power advocate Eric Brooks, who has helped move the CCA program forward since the outset, expressed trepidation at a stakeholders meeting about the SFPUC’s commitment to the program, saying he believed that the city could have cleared the deadline months earlier without having to worry about Prop. 16 as a deadline.


Brooks advocated for Local Power, Fenn’s firm and a city contractor, to play a more central role in program design, saying that as long as the SFPUC remained at the helm, the program would be shaped by "the same inside-the-box thinking" and limited enthusiasm.

Despite recent leaps forward, the common wisdom around City Hall is that CleanPower SF is nonetheless unlikely to escape PG&E’s litigious wrath — particularly if Prop. 16 gets a thumbs up at the polls. If it passed, Prop. 16 would become effective immediately, according to the City Attorney’s Office.


"It’s not a foregone conclusion that Prop 16 will pass," City Attorney’s Office spokesperson Matt Dorsey pointed out. And if it does? "In our view," he said, "San Francisco has already implemented its CCA program," making it capable of withstanding a legal challenge.


"We are talking to the city attorney every single day," Harrington noted during a recent SFPUC stakeholders meeting.


But Fenn warned that a complicated lawsuit could still inflict damage. "Litigation processes can outlast political possibility," he cautioned. "San Francisco may be caught up in the courts." Or, if Prop 16 passes and the program moves forward as planned, "[CCA] might be a weird new variant that only exists in San Francisco and Marin."


Marin County’s CCA program is already up and running, and the Marin Energy Authority recently began providing power to its customers. PG&E — which is bound by state law to "cooperate fully" with CCA implementation — fought it by contacting customers to persuade them to opt out of the program via mailers sent in violation of CPUC laws that only allow CCAs to solicit opt-outs. PG&E earned a sharp rebuke in a May 3 letter from CPUC executive director Paul Clanon, specifically warning the company to "refrain from sending any mailers of this nature in the future."


On May 12, Clanon was back with a second letter. "On May 4, PG&E mailed a letter to every customer that had not opted out of MEA’s service, formatted in a manner that directly conflicts with the direction I provided to PG&E just one day earlier," he wrote. This time, he warned the utility that it was "in danger of the commission’s imposing significant and continuing fines and other penalties."


PG&E responded by saying the mass mailing of illegal opt-out notices had been an accident, and apologized. "They accidentally licked envelopes, accidentally stuck the stamps, and accidentally sent them out?" asked an incredulous Ben Zolno, a Prop 16 opponent, in a phone conversation with the Guardian.


"Nobody quite remembers PG&E acting so outrageously," Sen. Mark Leno remarked to the Guardian in the wake of the debacle. The CPUC later determined that any opt-outs solicited by PG&E’s illegal mailers were void.


At a May 20 meeting, the CPUC bolstered restrictions prohibiting PG&E from printing false statements about CCA programs in mailers but made no move to impose penalty fines. City officials characterized the decision as falling short of the action needed to halt the utility’s attempts to sabotage Bay Area CCAs.


"We would expect the CPUC to tell them to cooperate," Harrington told the Guardian. "What the CPUC said was ‘you can’t lie.’"


Meanwhile it’s up to the CPUC to decide whether to honor PG&E’s request for a $4 billion rate hike, which will amount to an average 30 percent increase on customer bills over three years. "They’re not always guaranteed to get what they ask for," CPUC spokesperson Andrew Kotch noted. Public hearings on the increase are coming soon, with a final decision scheduled for December.


"There have been other sizable rate increases and PG&E keeps coming back for more," says Dwight Cocke of The Utility Reform Network (TURN), which is also part of the Prop. 16 opposition campaign. "Up until recently, PG&E was shutting off 15,000 customers per month" for nonpayment, forcing customers to pay extra deposits and reconnect fees to get their electric service back.


"For a lot of people on fixed incomes and low incomes," he said, "it spirals out of control."