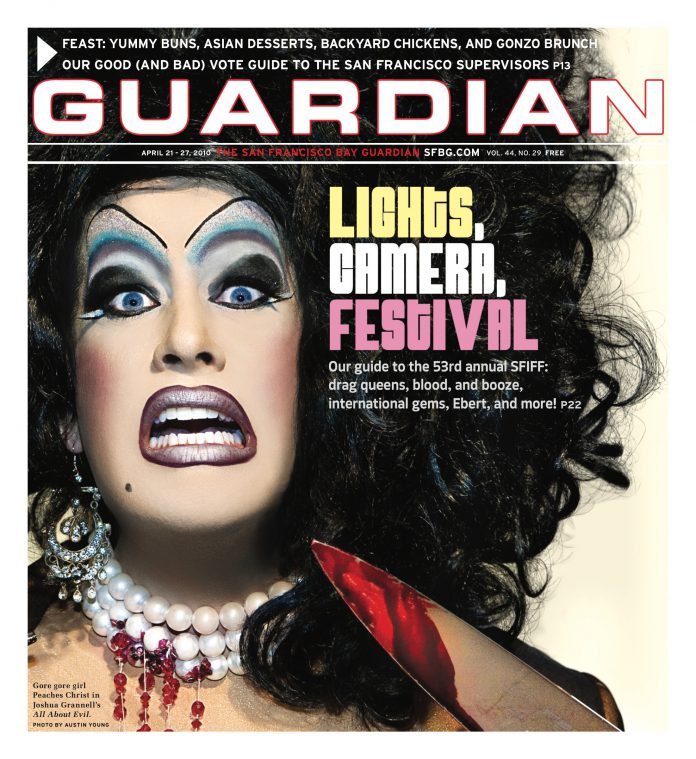 SUPER EGO One thing I’ve noticed recently, with equal parts pleasure and mind-warping “oh jeez”-ness, has been the unashamed use of the terms electronica and trip-hop in party promotions. I know we’re in a moment of total 1990s nostalgia — and, yikes, rap-rock was the byword at Coachella, according to the New York Times — but can we finally chuff off the wallpaper blahs of these musty genres and renew them? This week sees a plethora of well-known older acts like Talvin Singh, Bonobo, Signal Path, and Bluetech coming to town — all with live instrumentation. Maybe the moment to reshine has arrived, live? Ping me when DJ Shadow steps up with the Dap-Kings or Boards of Canada melts into Mastodon. Or Owl City grows some Orbs.

It’ll be tablatastic when the British legend, who laced drum and bass with acoustic Asian-flavored classical effects (and took Indian dance music out of the bhangra and into the digital) with seminal album OK in 1998, brings his live act to town. Yes, he’s calling his sound tablatronica, and, yes, he has invented an electronic instrument called the Tablatronic. The future is here again. Tabla!

Montana — known for its live electronic musicians? For the past decade and change, Missoula duo Signal Path have been representing with a bop-worthy blend of live instrumentation and “computer-generated production.” (Think all kinds of wired hijinks plus live drums and guitar.) The effect is surprisingly free of pretension, almost jam-bandish, but without all that twirling patchouli. They’ll be joined by energetic SF groovers MO2 — no relation to Montana.

One thing about the last decade’s electro-filter explosion — the music may not survive, but future anthropologists will forever be puzzled by the profusion of masked DJs. Italian duo Bloody Beetroots are among the few big names standing in terms of ear-splitting squelch and spangle (and their original Bizarro Spider Man masks are still de rigueur), perhaps by expanding their onslaught to include quiet moments of finely sculpted beauty — and a live drummer. Plus, they quote Baudelaire on the MySpace.

I’ve seen trip-hopper Bonobo several times in his DJ guise, and while he pushes all the right sonic buttons for a toke-tastic night of bass-heavy sway, it always seemed his mind was more on mental trips than dance-floor hips. On new album Black Sands, he’s added live horns, strings, vocals, and percussion that allow his more cerebral compositions to take on fuller force and rumble. He’ll hit Mezzanine with the whole works.

Set on expanding his musical palette beyond mere laptopping, Hawaii’s ambient wizard Bluetech has gone live with his new band Satori Social, adding a vocals, flute, horns, and percussion to his mellow glitching. Can a Burner-heavy crowd vibe on a little jazzy soul and reggae-ish sunshine? Whatever the answer, the question-wrestling should be a joy to watch and hear. Contempo Brit dubber Ott and hometown acid-crunky an-ten-nae open up.

Oh dear and good goddess, they’re back. DJs Adrian and the Mysterious D are two of our finest exports, delivering genre-defying bootlegs and monster mashups to needy hordes from Budapest to Hong Kong. They’re back from roving the world on a giant tour to helm once again their little famous party, Bootie, here at home. Will they be bringing back any Finnish death rock to pervert?

More striking disco re-edits on the scene, this time coming from Austin, Texas — and, oddly, from a member of the Fully Fitted crew that includes ho-hum hipster-electroids Amanda Blank and Pase Rock. Don’t let that scare you away. If you’re into warm, red classics made warmer and redder and no neon posing, Prince Klassen (not to be confused with Prince Language, the NYC re-edit master) can provide. Disco love is a drug.