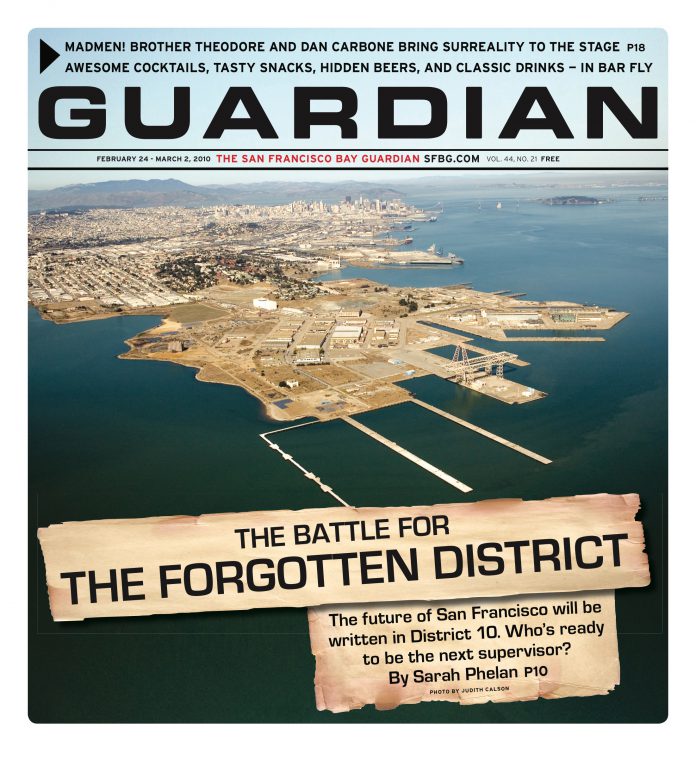 SONIC REDUCER How many degrees of separation can be charted between the soulful, indie-folk natural men of the Cave Singers and the cut, tanned, laundered, and pugnacious bruisers and thugettes of Jersey Shore? Way fewer than you, or Snooki, would think.

“I’m all about it. It runs in my veins,” says Cave Singer Pete Quirk from downtown Seattle, taking a lunch break from his toils as a bike messenger and struggling to be heard above the din of jackhammers and a seemingly invisible, stalking squeeze-box player. He grew up on the shore, albeit on a more rustic stretch, which fostered mischievous fun like pool-hopping rather than cop car riding. “I’ve only seen the commercials, and I was so frightened by it. I got a glimpse of a guy punching a girl — so horrific.” Still, he adds, “Things seem a little less dramatic when you’re a kid. It wouldn’t be on TV if it wasn’t overblown.”

Of course, who knows what sort of reality show would focus on the Cave Singers, though the group’s origins could read like the stuff of potentially high drama considering songwriters Derek Fudesco, ex of Pretty Girls Make Graves and Murder City Devils, and Quirk, once of Hint Hint, share the same house — best friend-style, not Surreal Life-style. (Drummer Marty Lund, formerly of Cobra High, bunks elsewhere.) “People would fall in love with us, you know,” speculates Quirk, 34, gamely. “We’re just three lovable guys cruising around the country. It’s like that movie 3 Men and a Baby — just no baby. Music is the baby.” Quirk would like to be the Tom Selleck of that bunch. “But I’d probably Steve Guttenberg. But Guttenberg is cool because he’s down to earth.”

That’s an asset for these beach-, cave-, and nature-loving nu-folkies, who dive deeply into a breast-beating, witchy breed of acoustic rock on their brighter, more upbeat second long-player, Welcome Joy (Matador, 2009). A fleet of frisky, Feelies-like rhythm guitars drone with infectious optimism on “I Don’t Mind,” transmogrifying into kick-off-your-shoes pop bliss for “W” and the plucky, clickety-clack climax of “Hen of the Woods,” before taking it down a few gleaming notches for a bongo-laced, incantatory “Shrine.” The arc of Welcome Joy‘s tracks is crucial, miming the passage of a fiery orb across a midyear sky.

Why such joy? “We all went to therapy together like Metallica, y’know,” quips Quirk. But really, folks, Quirk qualifies, “we always sit around, and Derek will play a guitar line, and we’ll just be jamming, and it will bring up a cinematic image, and we’ll go with that. A lot of the songs at the time seemed joyful, for whatever reason. It seemed like there was a lot of beach imagery, or just youthful things we remembered doing in the past.”

It’s all organic down in the Fudesco and Quirk basement, where they practice and demo, decorate and sing freely, as Quirk puts it. There’s safety in that man cave — and in this band, apparently. “We’re best friends and housemates,” Quirk offers, amid the city clamor and chatter of kids with petitions. “We’re each other’s second wives or something — we help each other when we’re down. It’s like a Rotary Club down there.”

With the Dutchess and the Duke and the Moondoggies