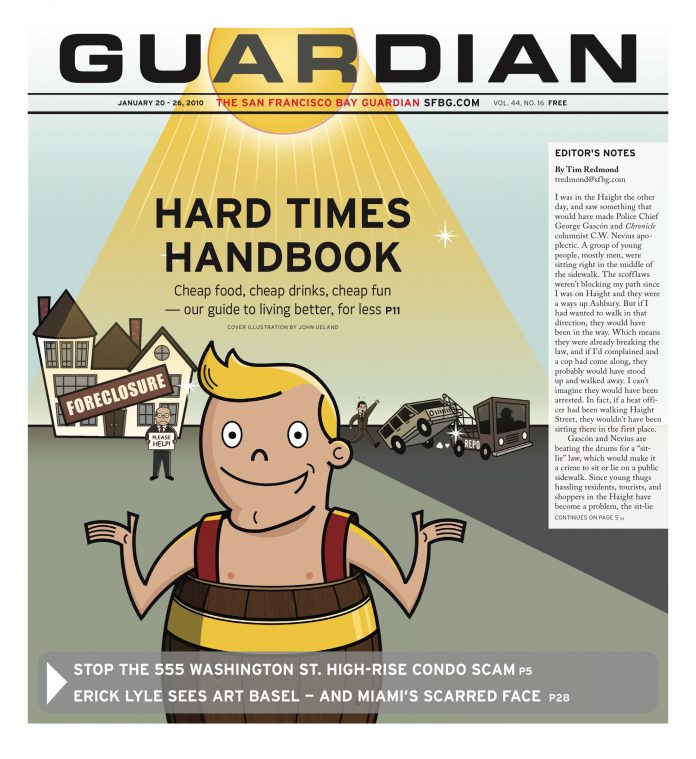 MUSIC “It rocks, dude. Start to finish. Top to bottom.” This was my brother’s earnest recommendation of Blood Visions (In the Red), Jay Reatard’s incendiary 2006 solo debut and the record that, in the year or so following its release, startled me and many others into awareness of this Memphis punk auteur’s mesmerizing fury. Only a few years later, he has passed on, and no matter how many people he offended, slagged off, or punched out, it’s such a damn shame that he’s gone.

People admired many different things about Reatard (real name: Jimmy Lee Lindsey), even those turned off by his surly stage persona: his work ethic, how seriously he took every single show he played, and his intense commitment to craft, unusual at a time when tossed-off, blown-out punk became in vogue.

Visions‘ feverish litany rapidly unfolded into several subsequent solo releases — enough singles to fill two full-length compilations as well as a second LP, last year’s Watch Me Fall (Matador). Reatard released music faster than most of us scummy fanatics could acquire it. But as many songs as he cranked out, you never felt like he was cheating you out of a buck: this was a guy who clearly went to shows, nerded out over records, and knew bullshit when he saw it.

Knowing how lame a half-assed show could be, Reatard whipped his backing band into a tight unit, playing sets at twice the already speedy tempo at which they were laid to tape. Knowing full well the collector’s thrill of the hunt, he released a series of six increasingly limited-edition singles that, of course, punk vinyl fiends ate up with gusto. He knew how fun it was to both play and consume music, and kept doing it and doing it and doing it better than anyone else to the end.

I had the privilege of seeing Jay play on four occasions. As a performer, he had an almost comic intensity, which occasionally manifested itself in bizarre, unforgettable flame-outs. At one SF show last year, he angrily flung an audience member from the stage after the person attempted to break his treasured Flying V. Flipping the bird, he called it quits, encore be damned.

Other more highly publicized punches and feuds transpired, but these shenanigans weren’t what the guy, or his volatility, was all about. The man’s vigor and intensity, as rooted in anger as it seemed to be, has had an unexpected result: an undying vitality, born out of restlessness and an apparent love for the act of creation. Somehow his death doesn’t cast a purely macabre shadow over his work, pained and death-obsessed as it often was. Grim as it could be, his music always seemed more about living, accepting one’s flaws and making something great out of them, an ecstatic release of extraordinary pain.

Lately Reatard’s music had taken a turn toward the Kiwi sounds of the ’80s, enrolling in the Flying Nun school of pop with acoustic guitar in tow. Last year’s Watch Me Fall wasn’t quite as immediate or highly rated as the hard-ripping Visions, but featured some of his most inventive, infectious tunes yet. It’s heartbreaking going back to hear the beginning of this phase in his work with what might be his finest record, “I Know a Place” “Don’t Let Him Come Back” (Goner, 2007), the flip a Go-Betweens cover, the first single where his acoustic guitar and voice rang out with a tenderness we never knew he had in him. The dude shredded, start to finish. Top to bottom.