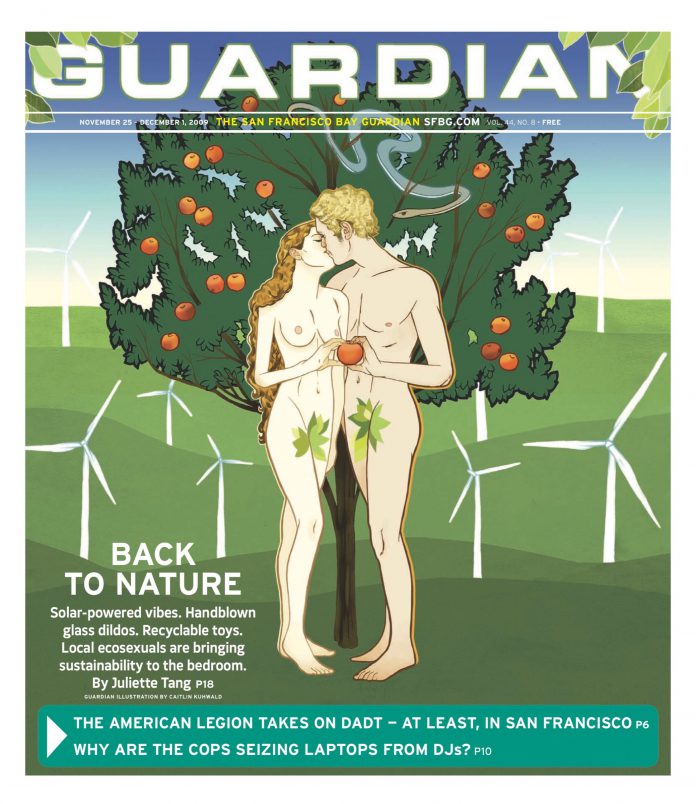 
SONIC REDUCER What is a Japandroid? Sure, it sounds like a mashup of two monikers (Pleasuredroids and Japanese Scream) hatched by guitarist Brian King and drummer David Prowse when the Vancouver, B.C., twosome were dreaming up a Yeah Yeah Yeahs-style power trio back in ’06. But I imagine it looks way cooler than your average Transformer, less like a toaster and more like an Astro Boy-style skin job. Or maybe it’s a less humanoid rock ‘n’ roll machine — picture a R2D2 jukebox — generating a battering flurry of distortion and bashed-at beats that’s less noisy, more melodic than No Age, and five times more buzz-saw aggro and dense than White Stripes.


But perhaps calling Japandroids machine-like goes too far. "That kind of indicates a certain efficiency that we don’t have," Prowse demurs sweetly by phone from Somewheresville, Ohio. "There are a lot of kinks in the rock ‘n’ roll machine, though we’re trying to get things done."


And right now the thing for Japandroids is a major drive south across the U.S. to St. Louis, Mo. "We’re just driving for days — it’s great, very scenic," Prowse observes. "We’re seeing every small town in America. It’s like a dream."


Apparently the two 27-year-olds are living the dream: they’ve made the break out of Vancouver, which Prowse describes as "not necessarily a musician-friendly city," despite the presence of, for instance, the New Pornographers. The ‘Droids got a major rocket-powered boost after some successful festival dates — one show at Pop Montreal led to the band signing with its current Canadian label Unfamiliar — and a rave review on Pitchfork.


"It’s a weird form of tourism. You kind of get to see places," Prowse — far from jaded and still marveling at the reception the band received — says of the twosome’s recent U.K. tour. "You get to see a bar in each city in the United Kingdom and then the spot where you get breakfast and few truck stops in between."


All this seems somewhat unexpected for the two friends, who met at the University of Victoria and formed the band post-college. At the risk of getting too reductionist, Post-Nothing (Unfamiliar/Polyvinyl) captures that moment of aimless fury, unbottled passion, and naked masculine innocence that comes after graduation, once you’ve fulfilled all your course requirements, done all that’s expected, had your heart broken, and wondered what’s next. It’s worth asking — when everyone, postcollegiate or otherwise, appears to be wondering what the 2010s will bring — what is "post-nothing" anyway?


"It’s kind of a long-running gag at the labels of musical genres," Prowse explains. "A long time ago Brian started referring to our band as post-nothing on our MySpace bios and other places." Just don’t lump them into the post-hardcore lot. "No, no," the drummer says almost apologetically. "We’re too wimpy to be associated with that moniker."


Japandroids, it turns out, aren’t easy to sum up — these ‘Droids are too unpretentious and/or smart to peg themselves with any tag. Neither will Prowse acknowledge certain 1990s alt-rock affiliations you can hear bristling at the edges of the combo’s sound — though both love the Sonics and Mclusky and went through a mid-to-late ’90s hip-hop phase. "Some songs sound like we’re ripping off one band and then another one," Prowse confesses good-naturedly. "There’s a bit of variety to our musical piracy."


Prowse, however, will cop to an anthemic quality in Japandroids’ songs. "I think part of that comes from the fact that neither of us are super-confident singers, so we kind of belt it out," he explains. "It comes back to being a two-piece band — one of the things is to make as much noise as we can between the two of us." *


With Surfer Blood and Downer Party