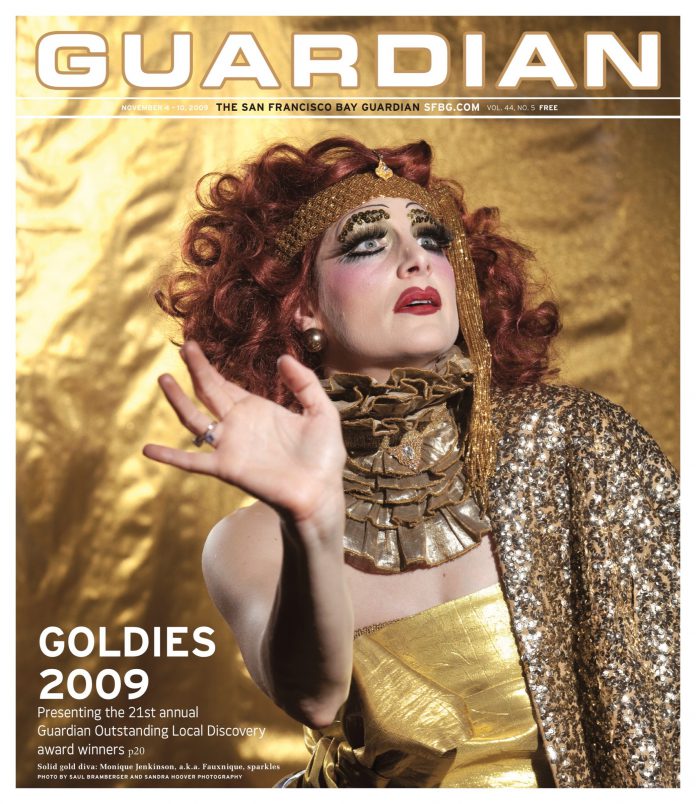 
I was going to write more this week about body size, body image, and sex, but I’m stupid sick, so here’s an older one ["Cougar Den," 10/22/08] about age instead. It’s all connected anyway. Don’t get the flu.


Fourteen years ago, when I was 26, I met my husband, who was then 58. We’ve stayed together through thick and thin and we love each other enormously. It has pained me over the past decade to realize that, even when the woman in question has her own accomplishments and is not a "bimbo," and even when the man in question is appealing and interesting (not a Donald Trump or a philandering cad) — still the nasty stereotypes abound. British comedian Graham Norton, for instance, refers to Catherine Zeta-Jones as "that gold-digging Welsh whore."


I find that otherwise thoughtful women I meet, acting on a mixture of feminism, anger, and what I infer to be unacknowledged personal pain or fear, seem too willing to continue such stereotypes, and I hesitate to open up to women I would otherwise think of as potential friends. I have hoped that as increasingly empowered women realize that they can date younger men if they choose, the rage over the double-standard and fear of abandonment and dwindling romantic options will begin to fade.


Then SNL comes along with, among other bits that belittle older women, their despicable new "Cougar Den" skit, mocking sexually-active older women as ridiculous and disgusting. Fuck you SNL!


These mean-spirited portrayals are destructive. I’ve attempted to convey this message through other venues and have been ignored. I remember a few years ago you wrote that the only regrettable mixed union between adults is "the always unfortunate nice person/asshole combo" — so maybe you’ll see my point and print this.


Ha, that’s a pretty good line. Thanks for remembering it.


I hadn’t even thought about SNL in years until the recent gratifying return of Tina Fey, but now that you mention it (you didn’t), I have conceived a visceral loathing for Sarah Palin so intense that I couldn’t even watch the debate for fear of feeling too sick to cook dinner. And yet I’ve still managed to be offended, feministically-speaking, by some of the endless harping on her supposed babe-itude. Can we not leave her legs (slender and therefore officially babe-ly) and Secretary of State Clinton’s, which have been judged unacceptably stumpy, and everyone else’s out of the equation and judge the candidates on their merits? Gov. Palin, for instance, doesn’t have any. We win!


As for cougars, I have puzzled over the sudden emergence of the stereotype and the unquestioned assumption that the women it is applied to deserve ridicule. After a spate of popular-media articles in the 1990s about older women and their younger men, I suppose some degree of backlash was inevitable. Still, I, like you, am nonplussed by the degree of venom spit at any woman of a certain age who dares not only to date above her age-determined station but to do anything for fun at all beyond book-club, knitting, and golf.


Don’t you think, though, that the reaction of some older women to a young one seen with a man old enough to be the first woman’s first husband is understandable? We can claim the right to date younger men all we like, but who’s to say most younger men will be interested? And there are still legions of old coots advertising for "fit, slender" young things in the personals. There is still a media-driven double standard keeping George Clooney in the "sexy lead" seat while Glenn Close and Cybil Shepherd have to play doughty moms and, yes, cougars. Even the accolades heaped on the glorious Helen Mirren in recent years have a faint aspect of the freak show about them: "Step up and see the 60-something woman who is still sexually attractive!" These forces are still powerful enough to make your fond wish for a time when older women will inevitably gaze upon your union with one of their own with bland approval still a bit of a pipe dream. As long as older women with a sex drive and indeed any juice at all left in them are laughed and pointed at, some will still look at a young woman who scoops up one of the few available men in their bracket as whatever the opposite of a cougar might be. Minx. Bitch. Gold-digging (Welsh) whore. Sad, and frustrating, but human.


Incidentally, I was curious about the origin of "cougar" in this context and found an article dating it to the founding in 1999 of Cougardate, an online dating site. A book, Cougar: A Guide for Older Women Dating Younger Men, by Valerie Gibson, came along in 2001. As you can see, these were guides for women, so the term, even with its "rapacious animal" connotations, wasn’t even meant pejoratively. The nastiness accrued to it gradually, it seems, and inevitably. If it’s about women actually wanting sex, that’s gonna happen.