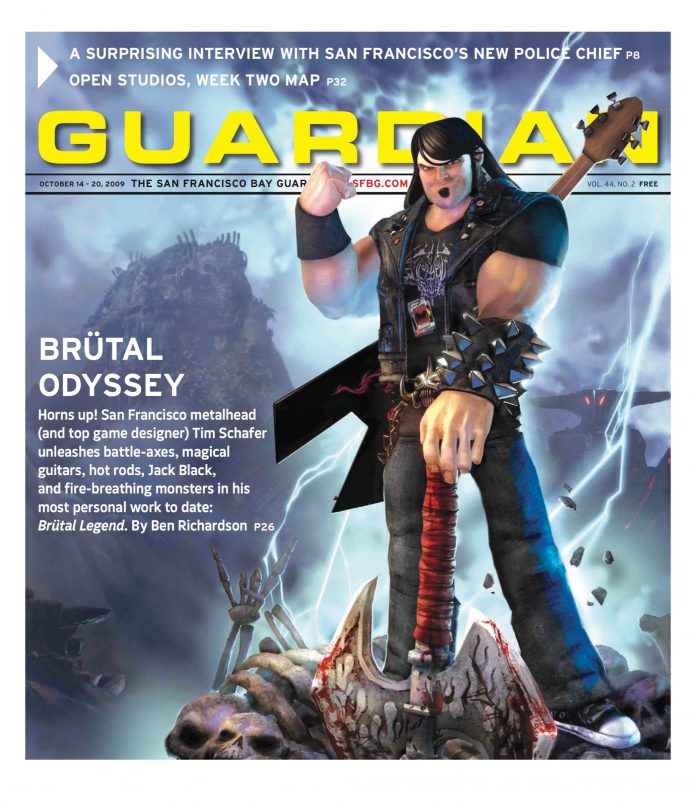 I guess this is pretty common, but it’s not something I have any experience with, so please bear with me.


I have a lot of fantasies about being tied up, humiliated, etc. and often think about them while my girlfriend and I are having sex. I’m sure you know where this is going, but I’d really like it if she did the tying up and humiliating — but I have no idea how I would bring it up or how to talk to her about it. It’s not like I even know that much about it myself. Should I just forget about it and stick with fantasies? Is it just a stupid idea?


I’ll tell you one thing: what with all the "I’m sure you already know" and "I don’t know much about it myself" and "Do you think I’m stupid even to think about this? How stupid? Really stupid?", you are showing a certain natural talent for abjection that I’m sure will serve you well in your new career as a bottom.


This is a perennial topic, and in a way it has gotten easier to answer over time — when I started the column, I had to recommend books (can you imagine?) and about three Web sites I happened to know about (and you’d never find without me because Google didn’t exist). In another way, though, it’s, well, not harder, but more disheartening. A girlfriend who’d never heard anything about bondage and discipline except the phrases "whips and chains" and a few grim episodes of Law and Order in 1997 could conceivably just need a little education and just might jump right in as soon as she knew what you were talking about. A girlfriend who says "I don’t know what you’re talking about, and also, ew!" in 2009 is probably not going to be running down to the Dungeon Hole Gifte Shoppe for a black latex body-bag and a "Gates of Hell" penis cage in your size anytime soon.


It’s possible, of course, that at the very moments you’ve been imagining her stuffing her underpants in your mouth and riding you around the room like Her Little Pony, she’s been thinking "Hmm … underpants, pony, yee-haw." But I don’t think so, and neither do you. She’s probably never given any of this a moment’s thought. But you’ll never know if you don’t try. With a little finesse, s’il vous plait. You don’t want to just suddenly drop to the floor in front of her and go on about how you’re not fit to be trod upon by her rankest gym-shoe and so on — at least, not to start. She’ll think you’ve developed one of those conditions on House that aren’t a brain tumor but make a normal person suddenly say weird stuff. Worse, she’ll think you’ve done something unspeakably shitty, like sleep with her sister.


Neither do you want to run down to Ye Hole yourself and come back with a bunch of expensive, highly specified gear that will only mystify her (and probably you, since you are a mere neophyte yourself).


No, what you want to do is get a little playful while things are already heated up (things do heat up between you two, right?) and give her a chance to see that there’s more out there than the nice, gentle, mutual, equitable sexzzzzzzzz … I’m sorry, I must have drifted off for a moment there … sex you’ve been having. See if you can get her up on top of you, then tell her that you love feeling like maybe she wouldn’t let you back up again. Fun! And see if she thinks that’s ridiculous or at least faintly intriguing.


If the latter, ask her to hold your wrists down. At least you’ll have something to talk about later: "Gee, it sure was fun feeling powerless for a minute there, heh." How about her? Has she ever thought about that kind of thing? Maybe she’d think it’d be fun to boss you around a little, sometime? Don’t get your heart set on the humiliation angle, though — it’s a much harder sell. Anyone can do a little physical control, but far fewer are comfortable with saying a lot of mean stuff to someone they’re used to calling "snugglepuss."


Since we’re now years past having to recommend books to people with outré (or formerly outré) interests, I ought to send you and the girlfriend off to the Web for some Perv 101-level education, but I think, at least to start out, I won’t. Books are safe, they are familiar, and they don’t flash animated gifs of hog-tied ladies getting cattle-prodded. Books never have loud, unexpected sound-files attached to them. Try something like Jay Wiseman’s S/M 101: A Realistic Introduction, or the topping and bottoming guides by Easton and Liszt, which are illustrated with harmless line drawings, like The Joy Of Sex but with less armpit hair. Anyone who is scared of books like these is not going to want to whip you anyway.