Caffe Pascucci, Bar Agricole, and Contraband Coffee get us all steamy

Bound by an unbroken spirit, Neurosis returns to its early days to forecast a future

Nip of the pug

Dancing off the shakes with Ritual, Science of Sound, Nickodemus, Lights Down Low, and Clift Sessions

CAREERS AND ED ISSUE: For these three students, debt from attending California schools will affect their lives for years to come 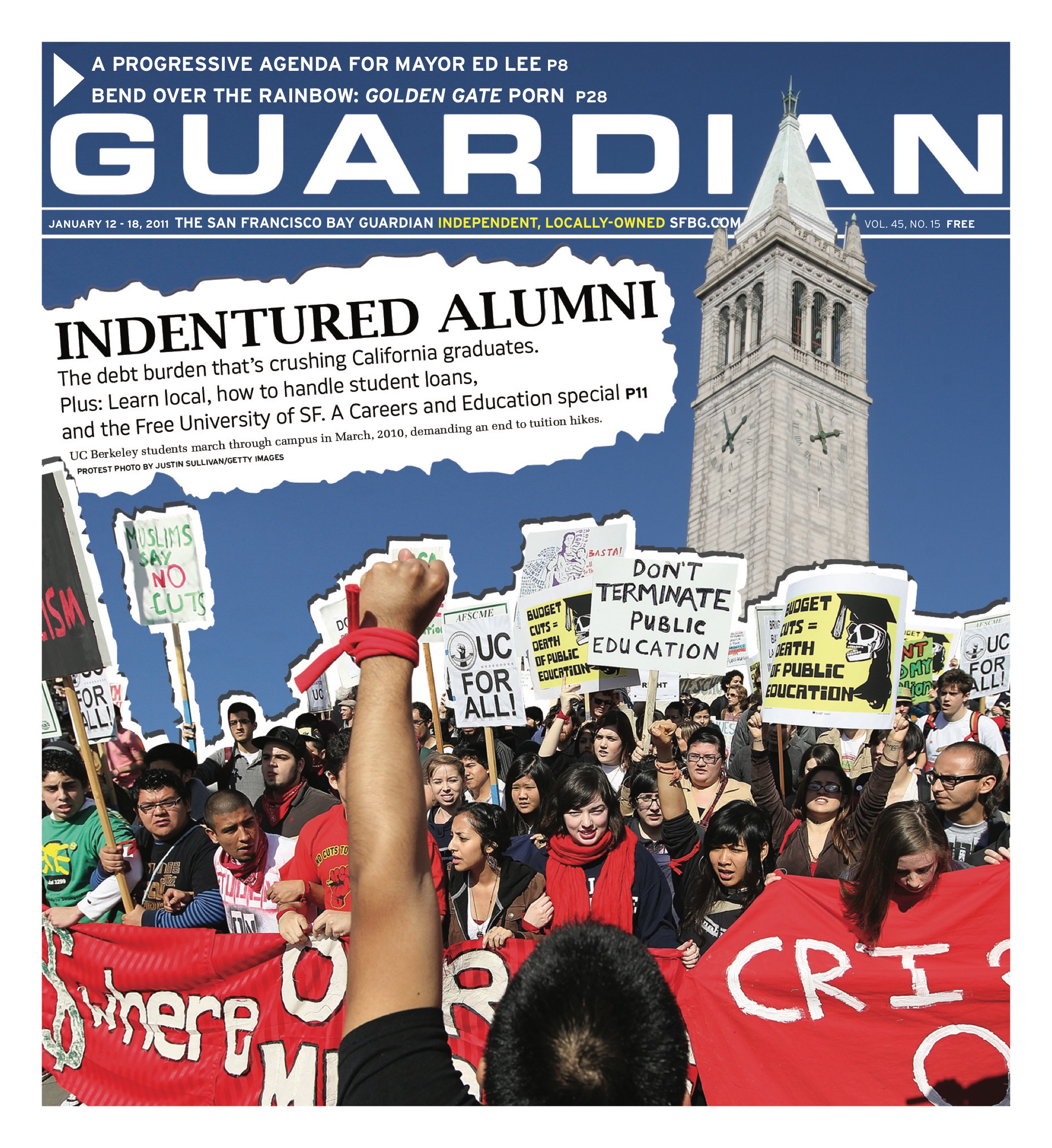 Volume 45 Number 15
To browse: click pages or use the arrow buttons above. To search: open the PDF in full screen mode first and then use the...

CAREERS AND ED ISSUE: It's not easy to escape the student loan — but there are ways

CAREERS AND ED ISSUE: From monkeyface eel fishing to wild mushroom forays -- classes to clue you in on your surroundings

CAREERS AND ED ISSUE: Free University of San Francisco takes a run at the system

CAREERS AND ED ISSUE: As college costs rise, postsecondary students are getting crushed by debt -- and falling further behind

The agenda for Mayor Lee

We urge him to make a clean break with the past and set the city in a new direction. Here are a few ways to get started

Volume 45 Number 15
These days being progressive isn't about real estate — it's that the level of economic inequality has risen to levels unseen since the late 1920s.

City Hall gets a new mayor and D.A., an empowered board president — and a new political reality

Volume 45 Number 15
Dear Readers:For weeks I've been trying to say something about Julian Assange and certain people's eagerness to believe him yet somehow even eagerer eagerness...

Bend over the rainbow

Beyond Berlin and Beyond

While you do the research, Dade Elderon — a.k.a. Adeptus — is making tracks

Dark end of the street