See you at the bar

Volume 44 Number 25
I don't do regrets, but I do wish that I'd arrived in San Francisco early enough to catch more than the hot tail end... 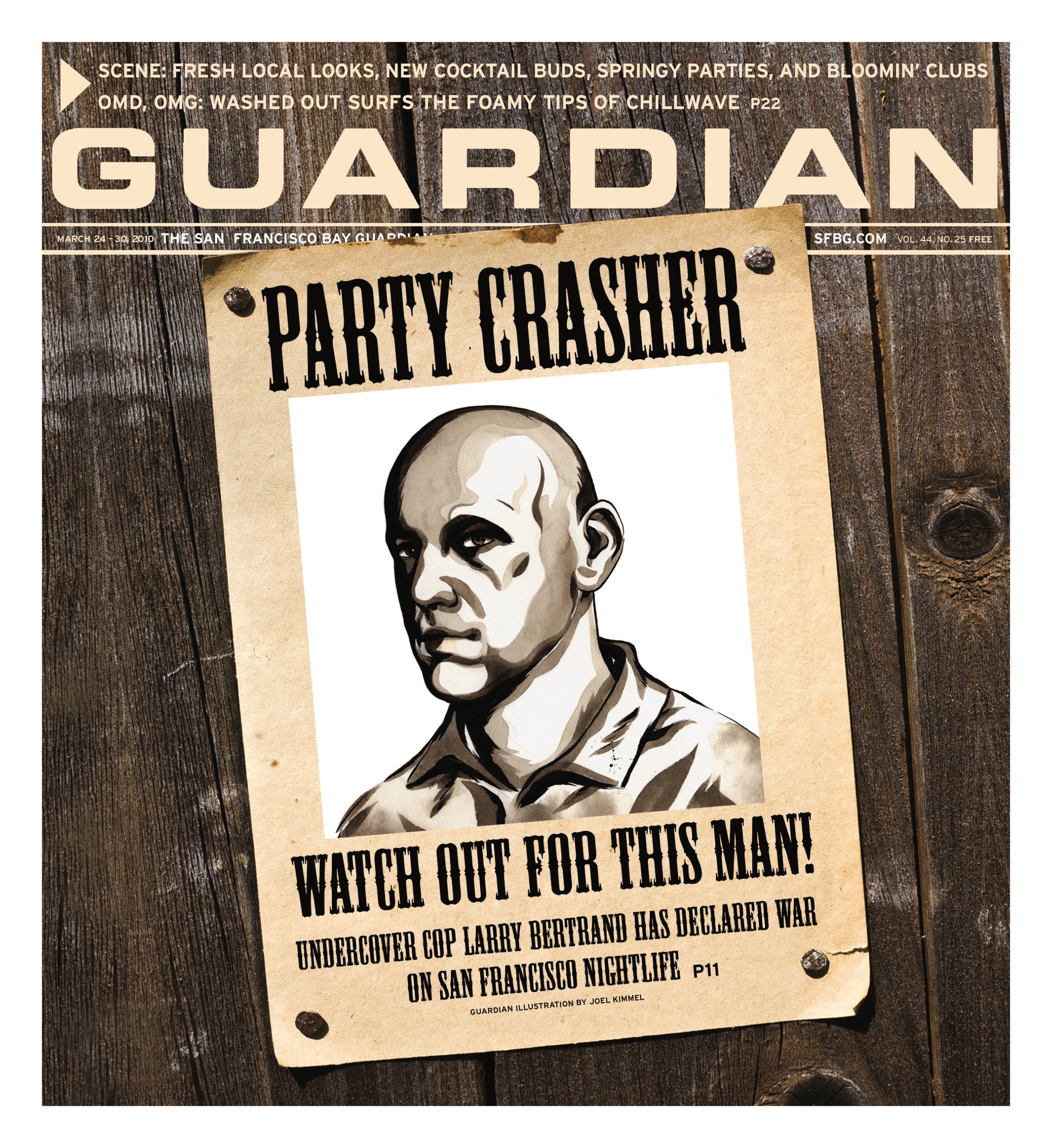 Volume 44 Number 25
To browse: click pages or use the arrow buttons above. To search: open the PDF in full screen mode first and then use the...

From Russia with … mutants?

Metro: 2033 is a little rough around the edges, but still impressive and haunting

In Truce, Marilee Talkington describes a life of diminishing sight but growing returns

Flying Lotus heralds a new-old dawn of machines with soul

She put the messy in Mexican -- and then came home to Swedish hip-hop, Bowie trannies, Otter Pops, Mossmoss, and more

Back out on the field -- and into Chestnut Diner

What has the SFPUC has been dumping in city gardens?

The new War on Fun

The San Francisco Chronicle has a history of firing columnists' with conflicts of interest, so why is Willie Brown an exception?

The commons and commoners